I’ve never ever bought a pair of white shoes ….. before. Wearing white is, as I’ve mentioned previously, not something I do naturally. If I try to wear anything white other people’s ketchup lands on me. I have experimented with the crisp white shirt and the fact that I don’t iron does hamper my crisp appeal. I once bought a pair of white jeans and I wore them on a 6 week trek around Mexico with a 2 year old in tow……. my 2 year old I hasten to add, not one I just found. Why did I wear white jeans? Who knows. It was the 90s and I think I had some brightly coloured poncho'n'white-trousered fashion faux pas thing going on, born about by watching too much High Chaperral as a kid. And then going to art college. Anyway, I ended up just another Gringo in dirty trousers. 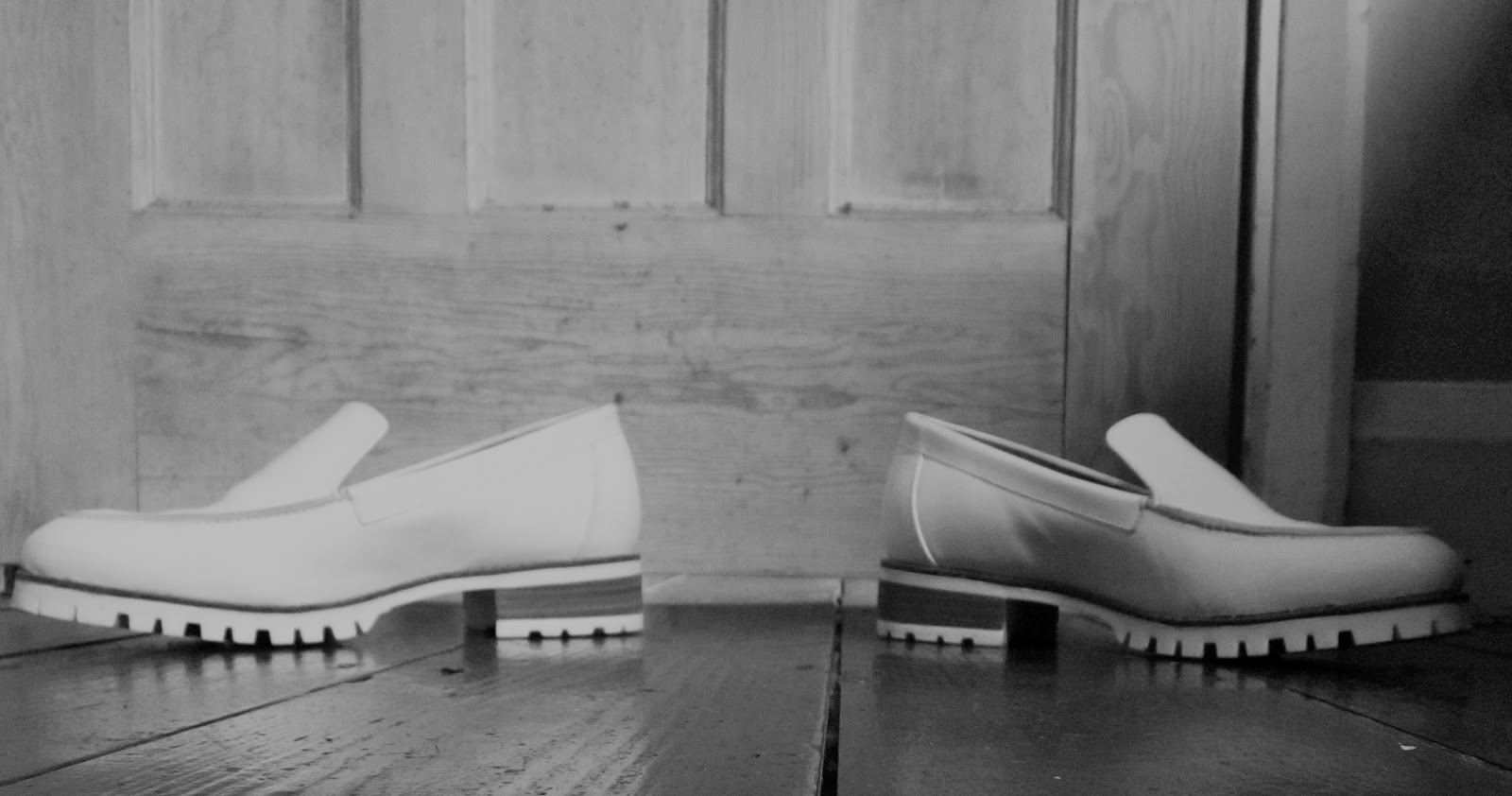 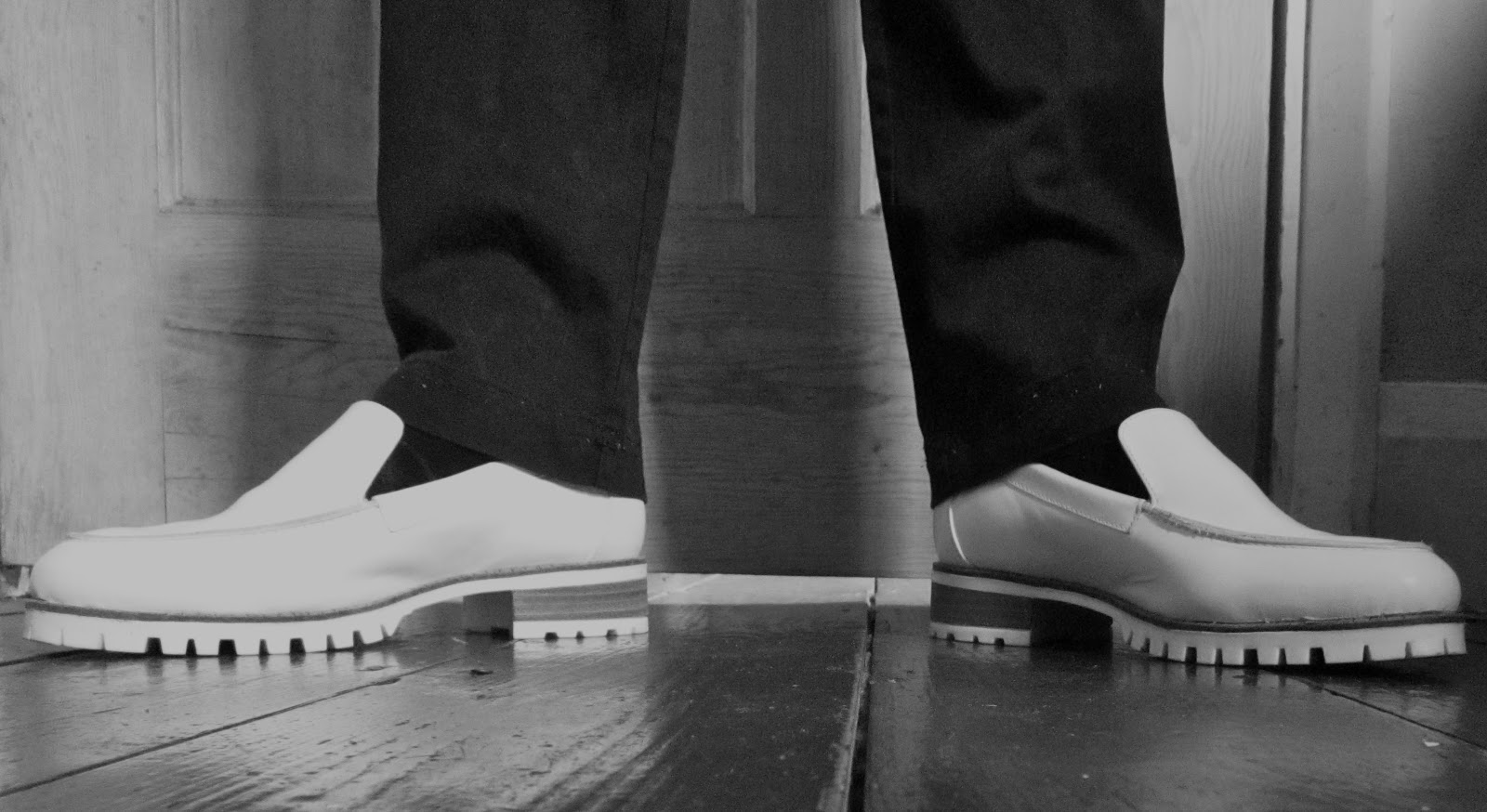 Going white one step at a time……

Top tip: give or get a monthly subscription to a magazine……. It’s the gift that keeps on giving.
Posted by Young at Heart at 03:22