Ain't it strange......as Patti Smith sung at Bab al Makina......that somewhere it is hot and sunny and blue. And indeed it was also strange watching her whirl and soar across the stage while above her the birds soared and whirled as the sun sank behind the hills surrounding Fes. Every evening the sky fills with birds swooping and hollering, heralding the end of the day by reenacting a scene from The Birds. I wonder if Hitchcock ever holidayed here? 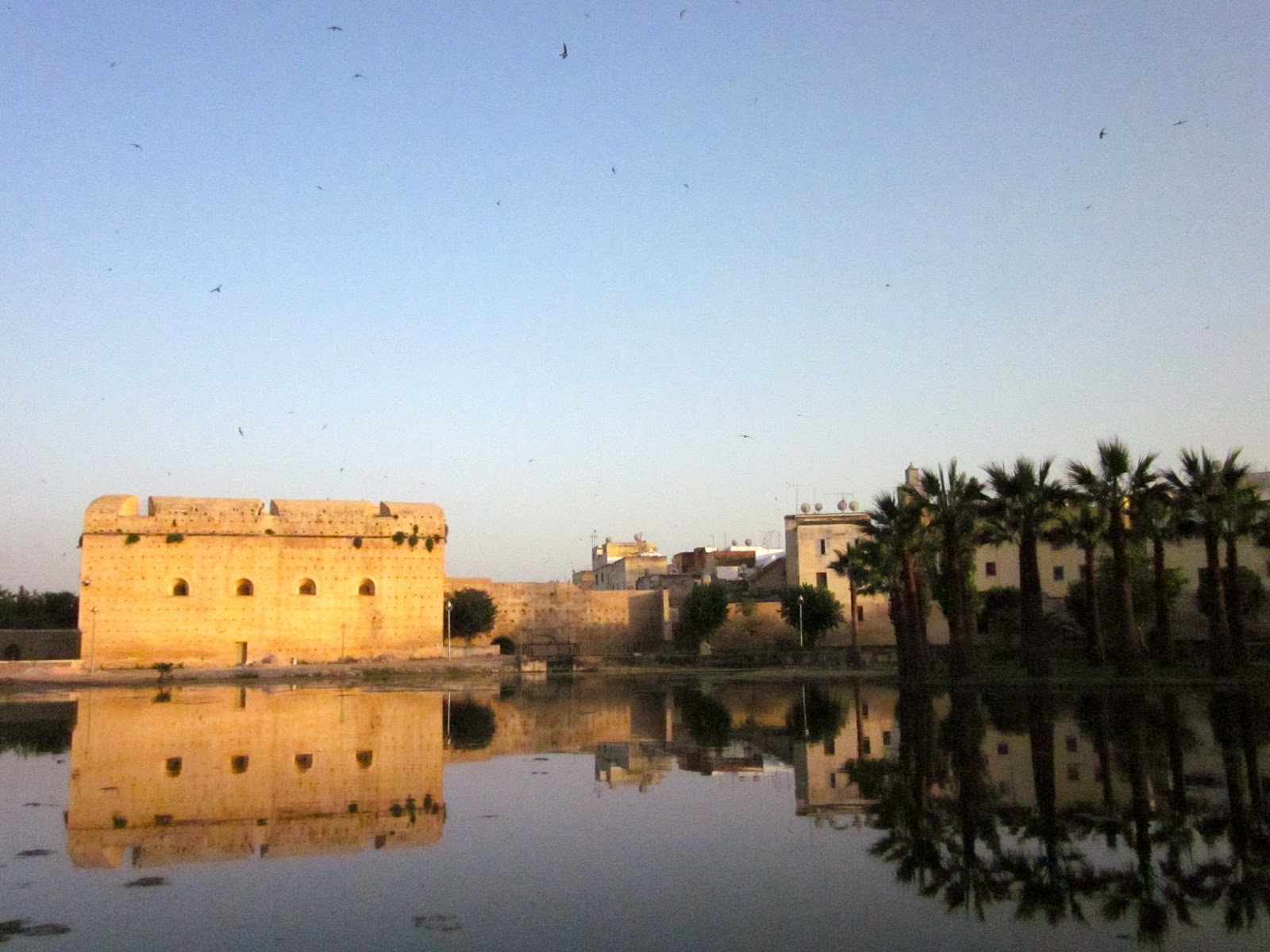 All I said was: shall we go see Patti Smith at the World Sacred Music Festival in Fes? I was laughing when I said it. I didn't actually expect my friend to say yes. But what with so many fabulous, cheap riads and dars to chose from and Ryanair ready to whisk you there in less than three and half hours, it seemed churlish not to go. 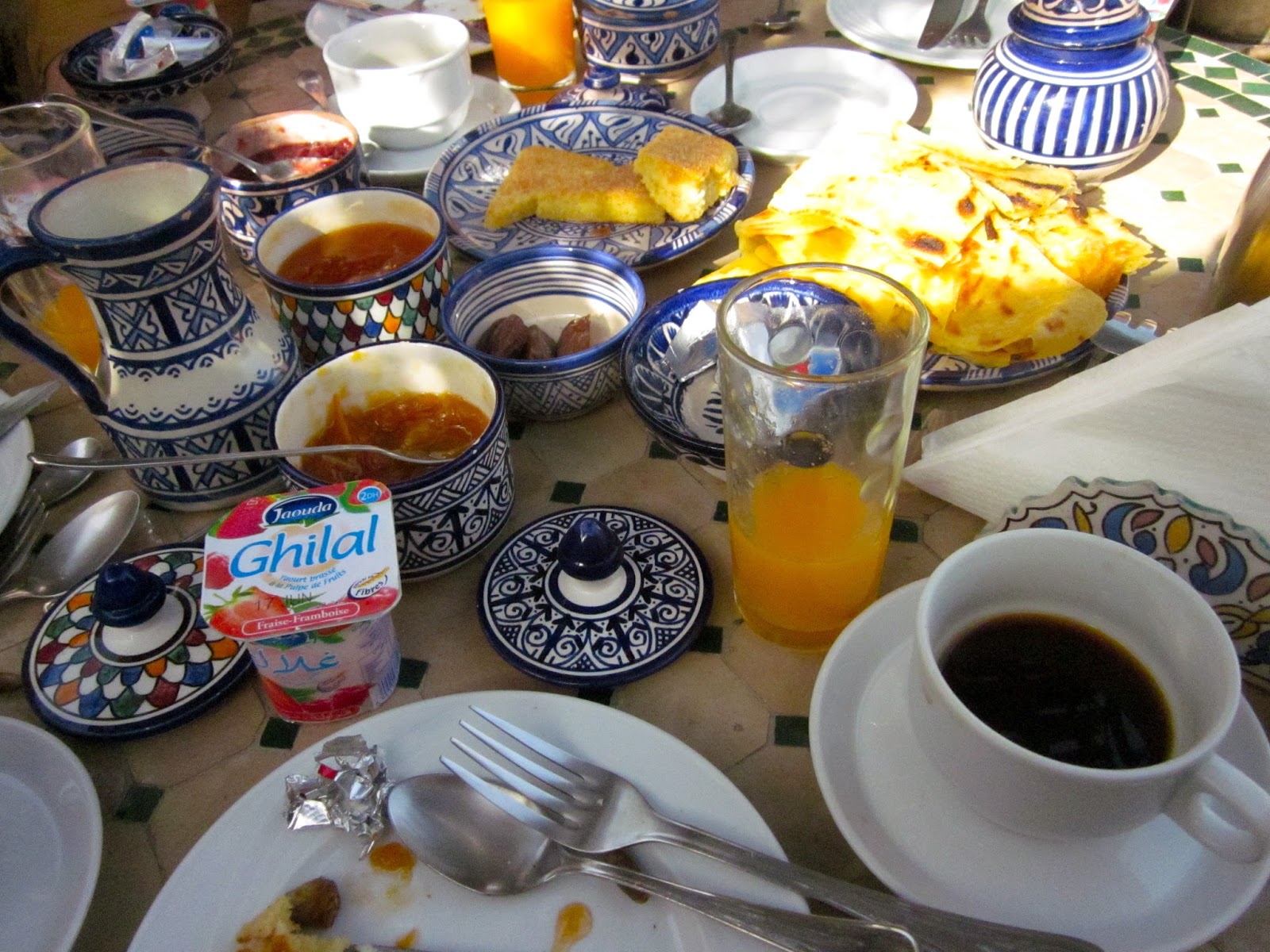 We stayed in the delightful Dar al Hana, in the medina. The day begins with a pot of coffee and freshly squeezed orange juice up on the roof terrace, followed by Moroccan pancakes, preserves, dates and the ubiquitous Laughing Cow cheese triangles, beloved of the French colonies.....and me when ever I'm under the sheltering sky. 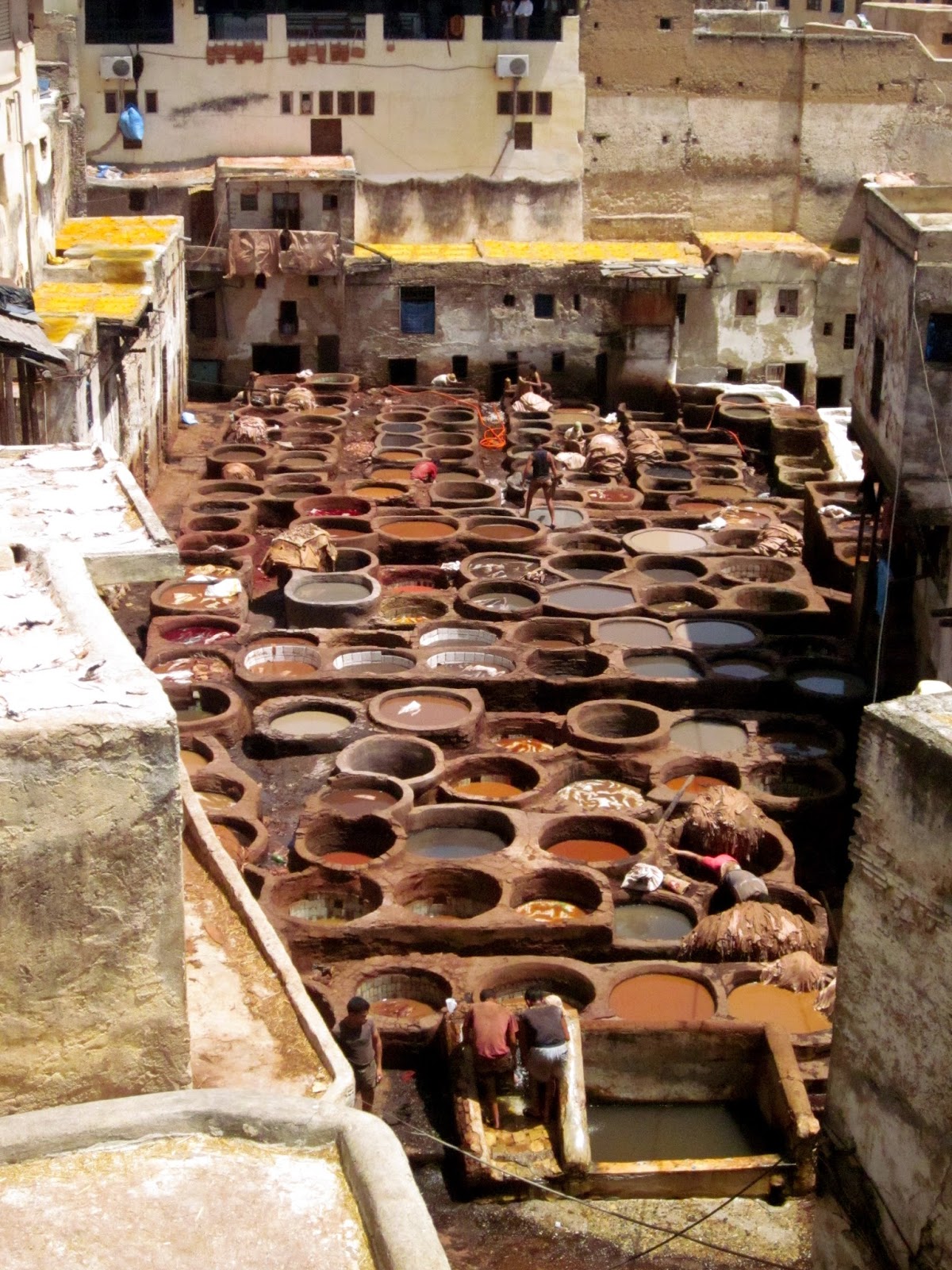 Fes doesn't offer much to distract you from the business of melting into the shade with a mint tea but no visit would be complete without a trip to the tanneries. Simply walk in the general direction and soon a young man or small boy will appear by your side and seek gainful employment as your guide, leading you to a relative's leather shop where you will be ushered onto the roof to witness one of the seven circles of hell as men clamber in and out of the murky pools of dye to make us gaily coloured bags and belts and poofs. Nobody minds much if you don't buy anything although you will be expected to hand over a fist full of dirhams to your child guide. We maybe the only tourists who've tried to fleece the locals when having said no to our boy's suggested fee of $50 we thrust an out modded bank note, brought from the pot-of-foreign-money-from-previous-holidays, into his small hand. He soon found us before we disappeared into the fabulous Nejjarine Museum of Wood, Arts & Crafts and was duly paid in current currency. 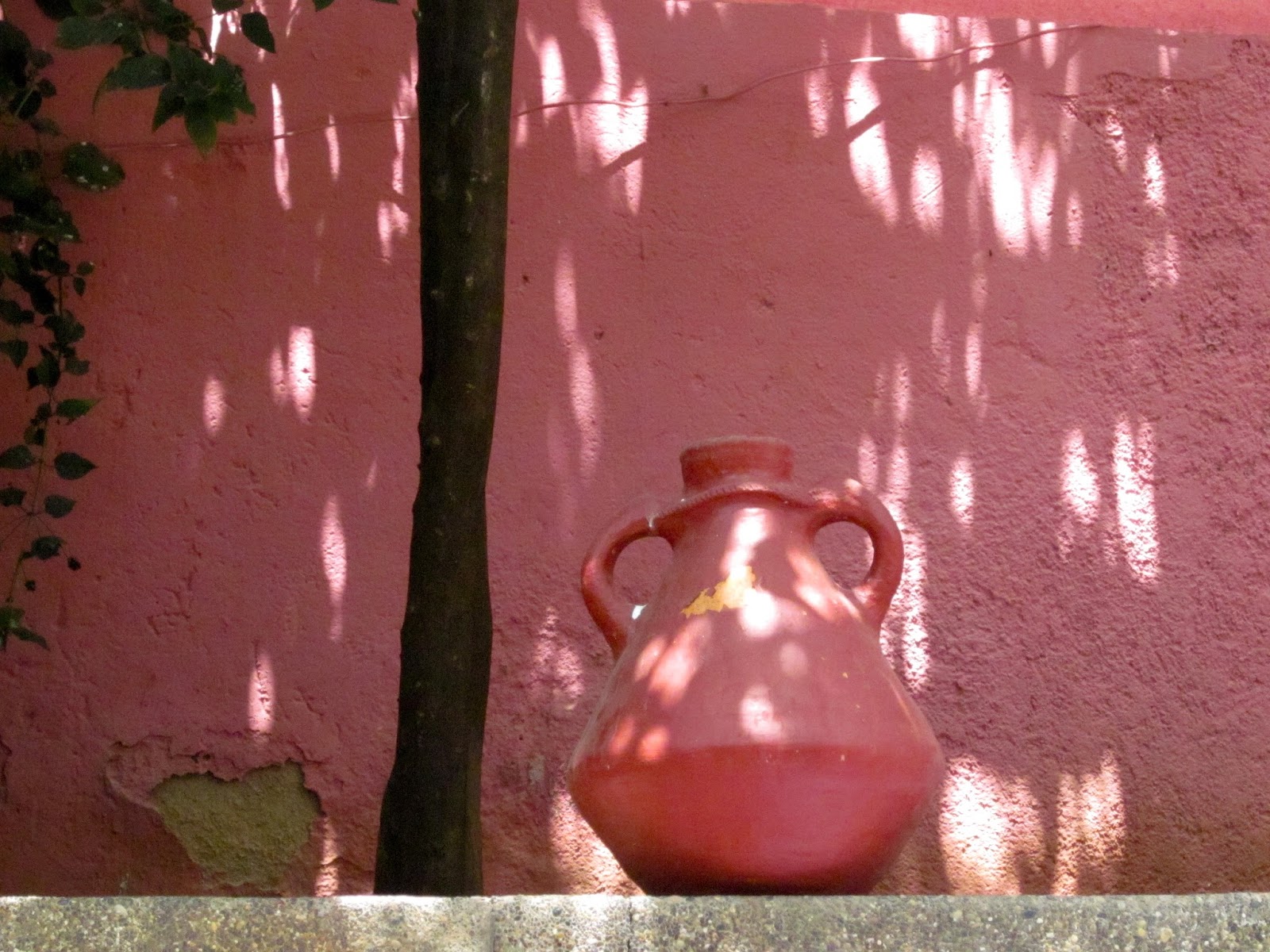 The Fes Festival of World Sacred Music has been running for 19 years, its mission is to bring the arts and spirituality into the service of human and social development bringing reconciliation among peoples and cultures..... so no pressure then. Over the week there are numerous events with stars international and local performing and lots of free music to enjoy every night. An afternoon in a luxury hamam, a shot of mint tea followed by Patti Smith rocking the casbah........ it doesn't get much better.

Top tip: less than 4 hours away, no time difference but a whole other world...... Morocco is the exotic destination of choice even for a mini break.
Posted by Young at Heart at 05:11 19 comments:

Joan Bakewell, Lynn Barber, Tracey Emin....... and me, all standing within wine spilling distance of one another. And then Zandra Rhodes rocked up in all her pink and purple glory........I thought I was going to self combust. We were all at Tate Britain for the opening of the fabulous Patrick Caulfield and Gary Hume exhibitions and what delightful shows they are. In lieu of any actual sunlight to raise our summer spirits, go fill your hearts and minds with the visual spledery that is their work. On now till September. 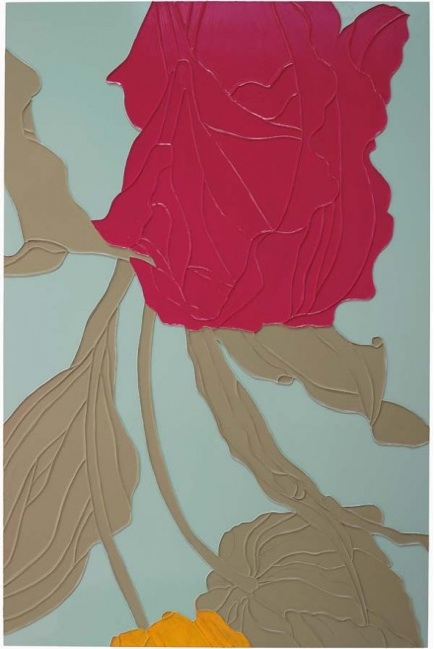 Tulips 2009 Gary Hume
Top tip: the newly refurbed Tate Britain is brilliant, it's like all the pictures have been given a good scrub. Just go.
Posted by Young at Heart at 02:34 16 comments:

Sometimes, there really is nothing to say....... 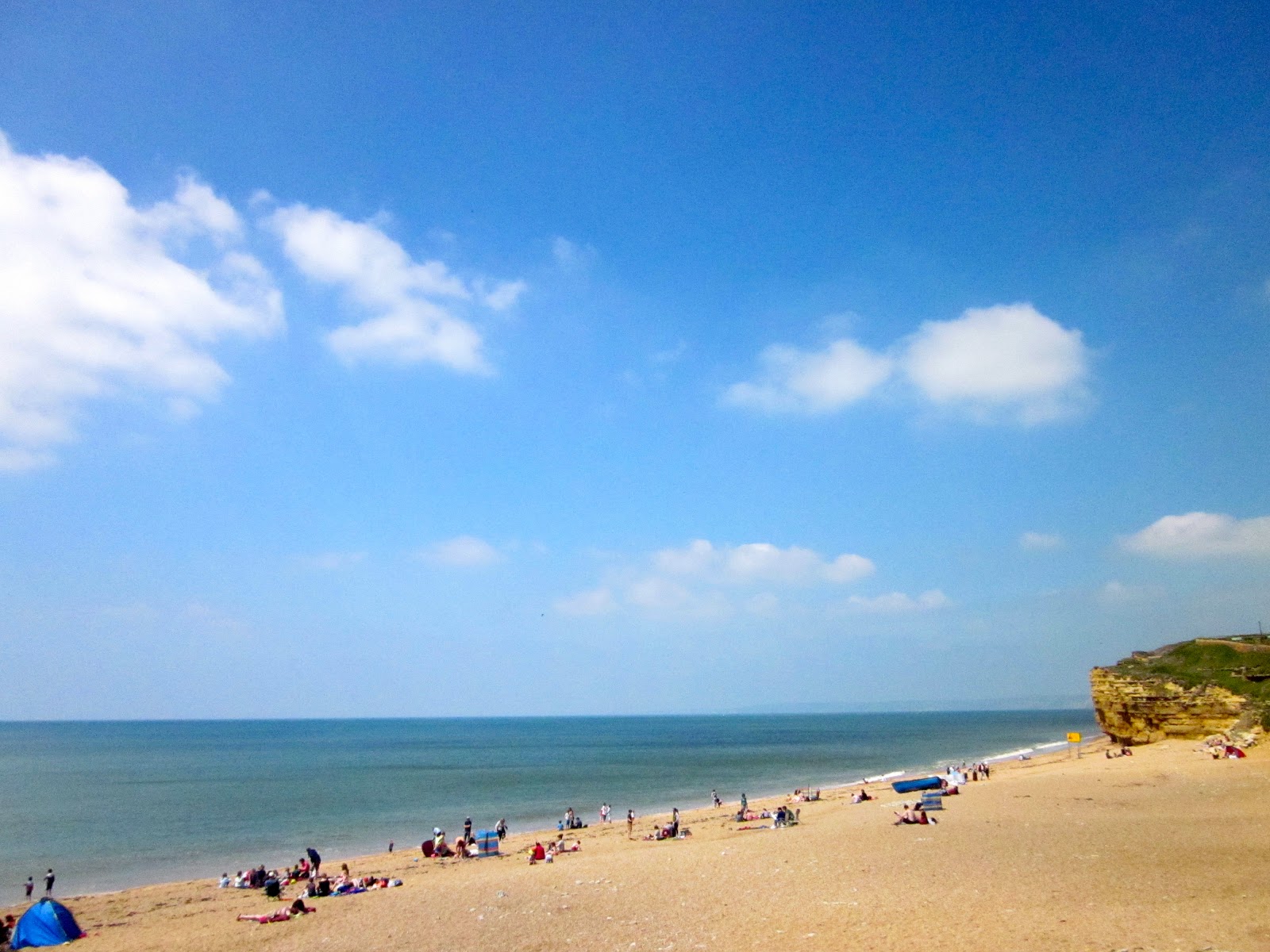