From the good people of Secret Cinema now comes Another Cinema, and I had the great fortune to attend their first night in London's less than glittering Eastend, at the Troxy.
The Troxy originally opened as a cinema in 1933 and was designed to seat an audience of 3520 people. It cost £250,000 to build and was erected on the site of an old brewery. The cinema had luxurious seating areas and mirror-lined restaurants and all the staff wore evening dress. It seemed like Hollywood had come to the Commercial Road in all its glory. Out side was a blaze of lights, inside a large foyer with a large sweeping staircase, chandeliers, floor to ceiling mirrors and thick carpets............During its time as a cinema, Troxy regularly hosted international stars such as The Andrews Sisters, Gracie Fields, Petula Clark, Cliff Richard and even Clark Gable. 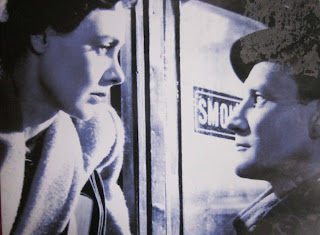 It's awfully easy to lie when you know that you're trusted
implicitly. So very easy, and so very degrading.
Restored to it's former glory, the Troxy is now used for all sorts of functions and on Saturday, Another Cinema recreated a night out from the 1940s complete with usherettes to greet us and lead us to our table. There were dancing girls, bellhops, a band and a chanteuse, all before the big picture which was David Lean's Brief Encounter, starring Celia Johnson and Trevor Howard. All quite, quite marvelous. Although there were actual people older than my friend and I in attendance, the majority were 20 and 30 somethings all of whom had embraced the suggested dress code. Most of the young men were in black tie or a good suit and all the women wore dresses ranging from modern evening to full vintage splendor. There were plenty of tippets, hats and assorted head gear in evidence, Dolly Missiter bustled about the tables complaining about the frightful time she was having and we stood for the National Anthem. I know Brief Encounter backwards, forwards, inside out but I've never seen it on the big screen and as the Rachmaninov soared we were transported to another time......... that Noel Coward is such a jolly good writer you know. My new favourite fact: in the film it is Noel Coward who makes the train announcements at Milford station.
Everyone was incredibly polite to us and in turn we to each other. As we left the fabulous theatre the staff lined up to say goodnight and thank us for coming, everyone was immensely happy. It got me wondering, if we still observed such politeness and respect to each other, would we not all get on a little bit better?
Top tip: To dispel all winter blues go see The Muppets movie .... all your old favourites and the Muppet barbershop quartet singing Smells Like Teen Spirit is worth the price of the ticket alone.
Posted by Young at Heart at 06:29 21 comments:

Labels: a good night out, Brief Encounter, old movies, The Muppets, the Troxy 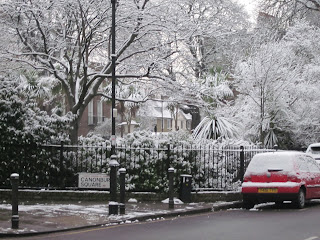 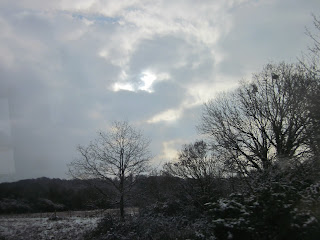 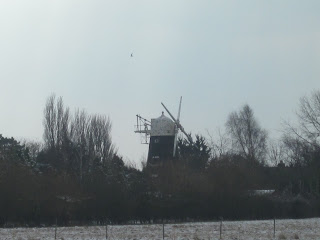 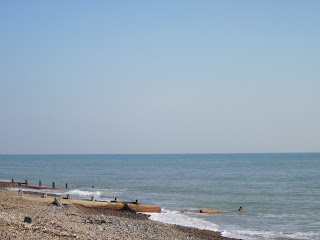 I had made it to sunny Worthing where despite the sub-zero temperatures, it was a lovely day at the beach....... 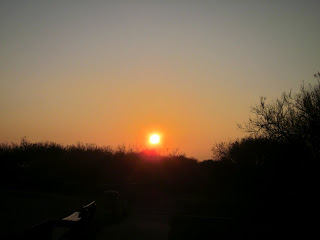 As I headed toward the tube to meet him the snow began to fall, like white foam from an over-excited washing machine, it fell fluffy and white and settled on cars and railings and the pavement where I walked. I didn't have a hat on, I wasn't wearing the hideous..... water-proof.... puffy jacket. The snow fell on my face, stung my eyes and wiped away my artfully applied make-up. In ten minutes everything had turned white. This is all a bit Richard Curtis, I thought.
"Hi" he said, kissing me on the cheek, "this is all a bit Richard Curtis......."
Next to champagne and oysters, the snow proved a worthy aphrodisiac......
Top tip: 'Laughing-Boy' Leonard Cohen's new CD, Old Ideas, is so divine it will get you through the bleakest weather February can muster.....
Posted by Young at Heart at 04:03 19 comments: 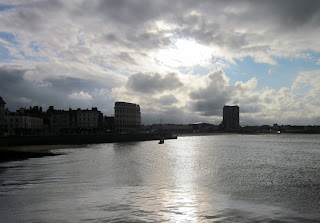 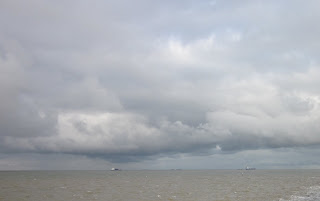 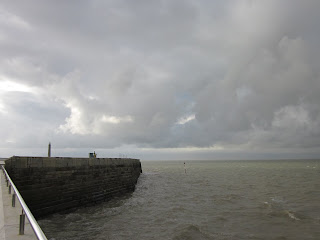 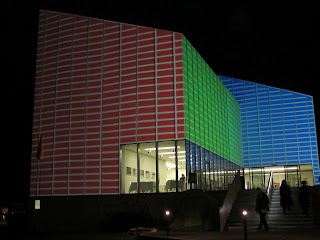 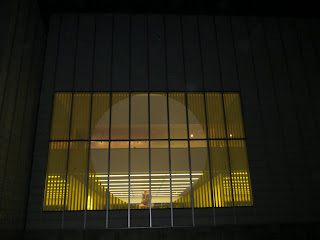