On my way to the bus stop I passed a catering sack of long-grain, Chinese rice; ripped open, half empty, it stood about 2' high, leaning against a school fence. Why? 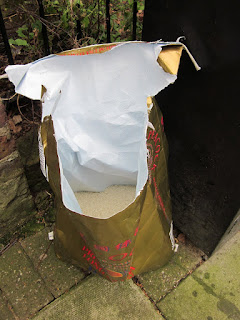 I took the bus to the train station and noticed the hazy dome of St.Paul's looming above a Victorian terrace, flanked by the cranes of much new building work in the city; the sun bouncing off the the gold, reflecting the past into the future. 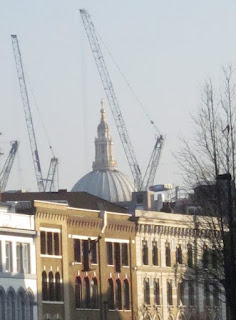 I went to Hertford to film a hair salon and discovered, hidden down an alley, Manic Munchies: a red and white, spotted cafe full of delicious, homemade cake. 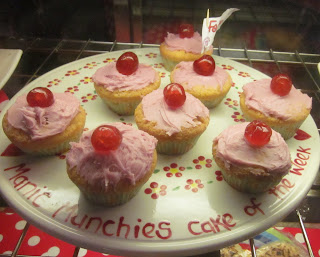 I had dinner with my dead friend's husband and kids, the eldest has learnt to cook and made a fabulous supper with these excellent oven-baked potatoes....... 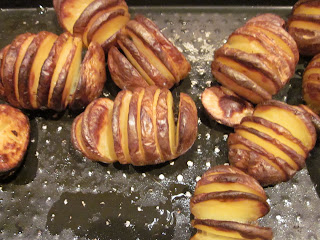 ....and cookies her Mum would have been proud of. It was an evening full of fun and food and wonder at how much can happen in a year. 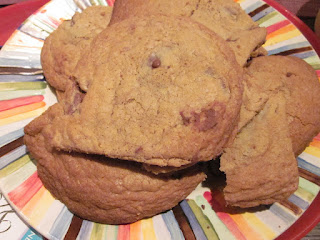 I went home, too sad to sleep and watched Luck, recorded from Sky Atlantic. It is utterly amazing. It's about horse racing, I think. Actually, I have no idea what is going on at all and I have watched several episodes. It has Dustin Hoffman and Nick Nolte and Ian Hart and Michael Gambon and Joan Allen. In a telly show. But everything about it is brilliant, the acting, the music, the characters..... you don't need to know what's going on you just disappear from your own world and hang-out at a race track in the sun.......
To tip: Lucian Freud Portraits at the National Portrait Gallery, catch it while you can.
Posted by Young at Heart at 04:44