Everyone seems to be saying the same thing .......  it’s been a long week. I think it's the weather. It's exhausting. 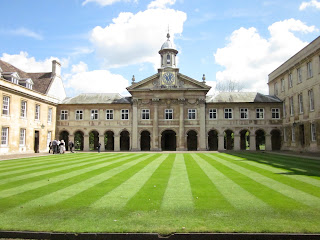 I went to a Christening at Emmanuel College in Cambridge and the sun actually shone for my friend’s son. We went on the train. A late marriage quickly followed by a much wanted baby meant it was a very special day. There were ducks on the lawn. Our party had swelled for the return. We bought wine at the station M&S and continued the celebration with a train- party on the journey home.

I met someone some weeks ago but I don’t know if we're dating or not. It's perplexing me and so I made a triple layer, Devil’s Food cake for my boy's birthday, with white chocolate frosting, from a recipe in the Magnolia Bakery Cook Book. I didn’t know I was making a triple layer cake because I hadn’t read it properly. I had enough frosting to ice most of north London. I went to the cinema and saw Blackthorn, the story Butch Cassidy seeing out his retirement in Bolivia, and fell in love with Sam Shepard. Again. And Bolivia. When I was in Argentina this time last year, I travelled north to Salta, near the border with Bolivia and drank mate surrounded by the hills of 7 colours and walked on the salt flats, pretending I was Etta Place. And I wished I was there again. 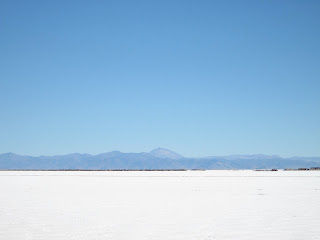 I went to the Bauhaus exhibition at the Barbican with the person I don’t know if I’m dating or not. It was a delight. We went for a noisy drink in The Slaughtered Lamb but we are old and it was loud. So we went for a quiet drink in St. John Bar & Restaurant. It reminds me of being in New York. And I wished I was there again. 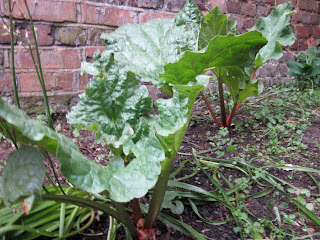 A confusing good-bye from the person I don’t know if I’m dating or not left me confused. The drama kept me awake. So when I got home from work I picked some rhubarb from my yard and made Raspberry & Rhubarb Crumble Cakes with Marscapone. And ate them on the sofa watching Episodes and Graham Norton and I thought, if you have to wonder if you're dating someone or not then the answer is probably in the question.... 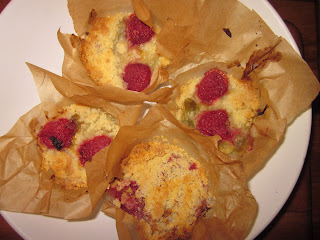 Top tip: Go see: Jeff Who Lives At Home…..made me laugh, made me cry and Susan Sarandon looks brilliant…the woman’s 65!!
Posted by Young at Heart at 01:26