Putting the freshness back.....

In an effort to improve my lot ……. and my home….. I have embarked on a house-cleaning program. By anyone’s standards, my cleaning abilities are not good and rarely put to the test: the Hoover fights back and my wipe always turns into a smear. When I was more gainfully employed I occasionally gave myself the luxury gift of a cleaner; a random 4 hours now and then to wrangle the dust-bunnies and unleash the Mr. Muscle. I have friends who employ cleaners so I usually sub-let one of theirs.
But now I have neither the money nor the justification for such luxuries. I hate cleaning so much I sometimes just paint over the dirt instead, as I have recently done with my hall because I found some un-used paint under the sink. However, I am not in a position to paint every room right now and so I broke the work-to-do, down into bite size jobs; one a day. Feeling rather pleased having ticked off bathroom window, my home now filled with the sweet scent of polish, I decided to reward myself with a cup of coffee. I used the coffee pot I was given by my now defunct employer, one of those Italian silver ones that screws together and sits on the hob. After awhile I began to wonder why it was taking so long. And what the smell was. Steam was emanating from the pot but no coffee was bubbling up. And something was definitely burning. Then I realised I had loaded it with coffee but forgotten the water. I tried to manoeuvre it from the gas but the black plastic handle fell off having melted. In an effort to stop the pot toppling over I burnt the tips of seven of my ten fingers, then had to wrestle it to the sink with a smouldering tea towel. I unscrewed it wearing oven-mitts and released the coffee grounds, turned to glowing embers. I’d made a mini-brazier. My home is now filled instead with the acrid scent of burnt coffee and plastic. 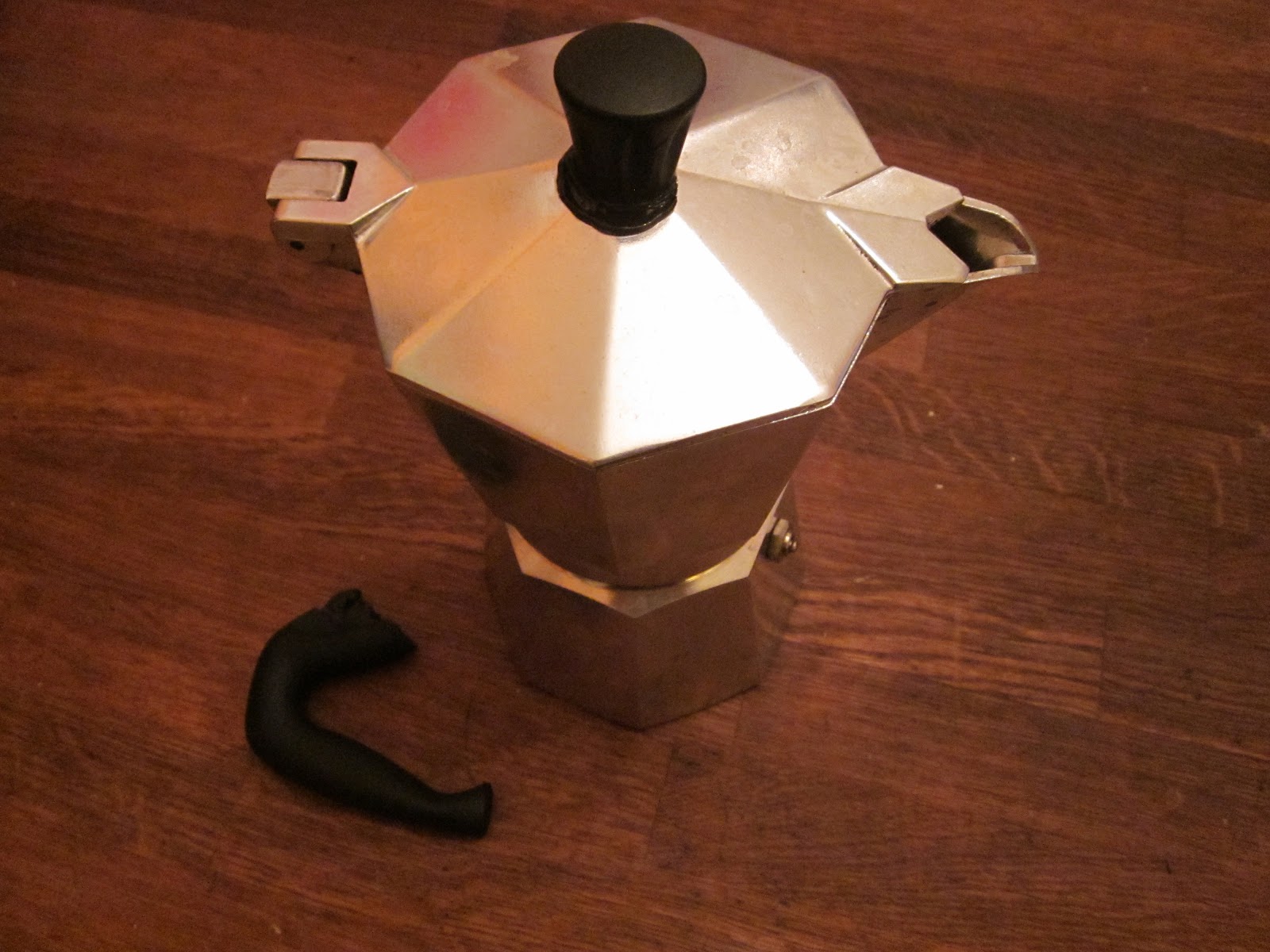 Top tip: forget the cleaning, go out for a coffee.
Posted by Young at Heart at 02:38