September will for me always feel like a new beginning. More so than January 1st. It’s because of the back-to-school syndrome. Even though I’m not at school and I no longer have to get anyone to school, September is a fresh start. It’s a new class, a different teacher, a new bag without a broken strap, clean pages in virgin exercise books un-curled by the abuse of pupil or scared by the red-raw pen of teacher, weary from late-night marking and bored by excuses. And new shoes. Back-to-school shoes came from Clarks when I was a child. And they were horrid. Laced or buckled, they came in thousands of width fittings and only two colours: black or brown. They were fitted by frumpy women or spotty youths who were still growing. Going shopping for back-to-school shoes took hours and hours and was the most boring thing in the whole world. Ever. Being told to sit still and wait while 48 other children had their feet clamped and measured by tape and rule that would denote the only two styles that fitted that particular ratio of length and width: ugly or really ugly. There would be much shouting and distress from my young mother as she tried to wrangle me and my brother into the shop and make us both sit down and stop fighting, which was never going to happen. Fighting was what we did best and my mother was no Kofi Annan. And then after all the waiting and shouting and threatening we would leave with bright green boxes of dark, sombre, sensible shoes that looked like they were only missing the calliper, and would never wear out. All I could do was pray my feet would never stop growing so there might be a chance we would next time go to Dolcis or Freeman Hardy and Willis, anywhere but Clarks. 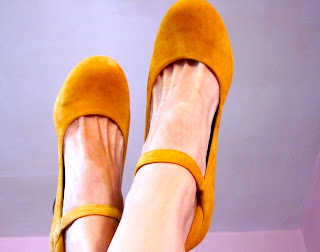 But that was then and this is now. Now Clarks has changed. Clarks does shoes of fashion. The change came some time ago and this year they seemed to have excelled themselves. They have brought out a fab selection of Mary-Janes …. in a range of width fittings…… snakeskin, suede, patent, I was spoilt for choice. Growing up used to mean not having to get you shoes from Clarks. Not anymore. 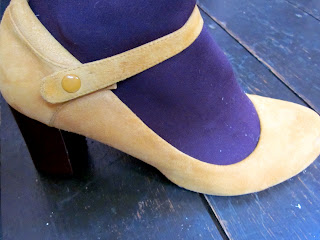