I have news to report….out there is a place where the sun shines all day, the nights are balmy and the sea is warm. A land of yogurt and honey and squid and cheese pies and sweet coffee and cold beers. And when you squeeze the fat half of a cut lemon the juice gushes like water from a tap. 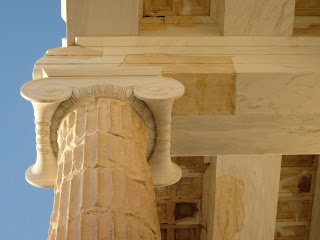 This land is Greece and honestly I think we should all go. Now. I’ve been on holiday and where better to go to escape the rigours of Olympic London than the home of the games. I haven’t been there for 30 years for no other reason than I’ve been elsewhere but it’s as lovely now as it was then. 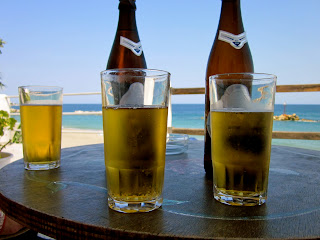 White washed walls, peeling blue paint, pink Bougainvillea, red Geraniums, fat figs squashed under-foot and a one-eyed cat on every corner. And the wine is still as grim. No matter a cold Fix, the beer of choice, is all you need. 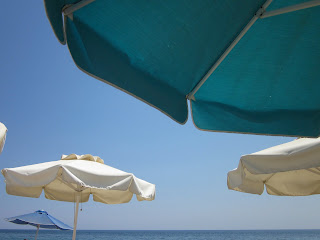 I took in the sights and delights of Athens first and then went to Skyros, the most southern of the Sporades Islands and a long way away ensuring a lower foreign tourist hit. It is very popular with the Greek holiday maker. I also heard a few French and the odd German but only one other UK family whilst lounging on my sun lounger. 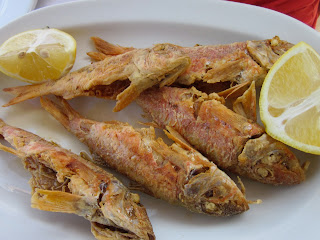 The island is basically a hill, you’re either going up or down which allows you to eat ice-cream and re-claim your inner thigh. Rupert Brookes, the war poet, is buried there in a corner that will be forever England. We went and found the grave, alone in an olive grove high on a red soiled hill strewn with muddied chunks of marble, wild thyme and goats. It is easily missed and we drove past the first time before my friend spotted it.

“Are you sure it’s his?” I enquired.
“Who else’s would it be?” she replied.
Good point.
We stood as the sun was setting, beneath the weeping olive trees where Rupert’s friends had stood and remembered those that died in war and our own dead. Although like all good poets it was a mosie bite that did for Rupert. Then we left the hill as darkness fell, unchanged since it over-saw the ships sailing to Troy, and went to a bar in the port of Linaria, where you can drink cocktails and float on lilos. Greece ancient and modern and marvellous. 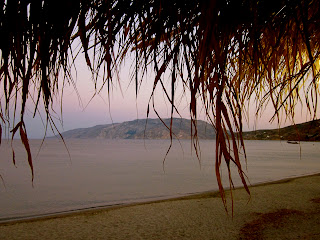